Historic sites aren’t limited to battlefields or stately homes. Sometimes, they can be as surprising as a sushi bar. A new grant program sponsored by the National Trust for Historic Preservation and American Express honors more than two dozen small, historic and culturally significant restaurants, which have suffered through the pandemic.

“These owners are dedicated to their craft, to their community, and to good food,” says Colleen Taylor, American Express’ president of merchant services for the U.S. “Without them, their neighborhoods would be different.”

She shares some favorites, all which have been operating for at least 25 years, with USA TODAY.

When this Black-owned restaurant opened on U Street in 1958, Washington was still a segregated city. Over the years, it has fed scores of politicians and activists, everyone from Bono to Barack Obama. There’s even a special Ben’s archive at the city’s George Washington University. Popular offerings include a large spicy hot dog called a half-smoke, a regional specialty.  “It’s good local comfort food,” Taylor says.

One of the nation’s oldest sushi restaurants, Maneki struggled to stay in business, launching a GoFundMe campaign last summer, and offering take out for the first time in its 117-year history. Maneki, the only surviving restaurant from Seattle’s Japantown, was honored by the James Beard Foundation as an American Classic in 2008. “It has a special place for generations of families,” Taylor says.

In the past, Milwaukee had dozens of German restaurants, which were operated by immigrant families, but Kegel’s, which opened in 1924, is one of the few remaining. It continues to serve traditional dishes like schnitzel, goulash and sauerbraten in a dining room decorated with leaded stained glass, hand-painted murals, heavy beams and an original mahogany bar. “It’s still authentically German,” Taylor says.

Although she just turned 80, Almead Hill Stutts still works six days a week smoking ribs, beef, chicken and bologna in a wood-fired pit, and serving her grandmother’s buttermilk pie. She sees her role to be “a servant to the community,” Taylor says. Although there had been four barbecue restaurants in the neighborhood, Stutt’s is the last one still open.

This South Memphis soul food restaurant opened more than 70 years ago, and remains a local institution. With a location near the legendary Stax Records recording studio, patrons have included musicians like Gladys Knight and The Pips, Elvis Presley and Ike and Tina Turner. “It’s right at the cross of good food and community,” Taylor says. 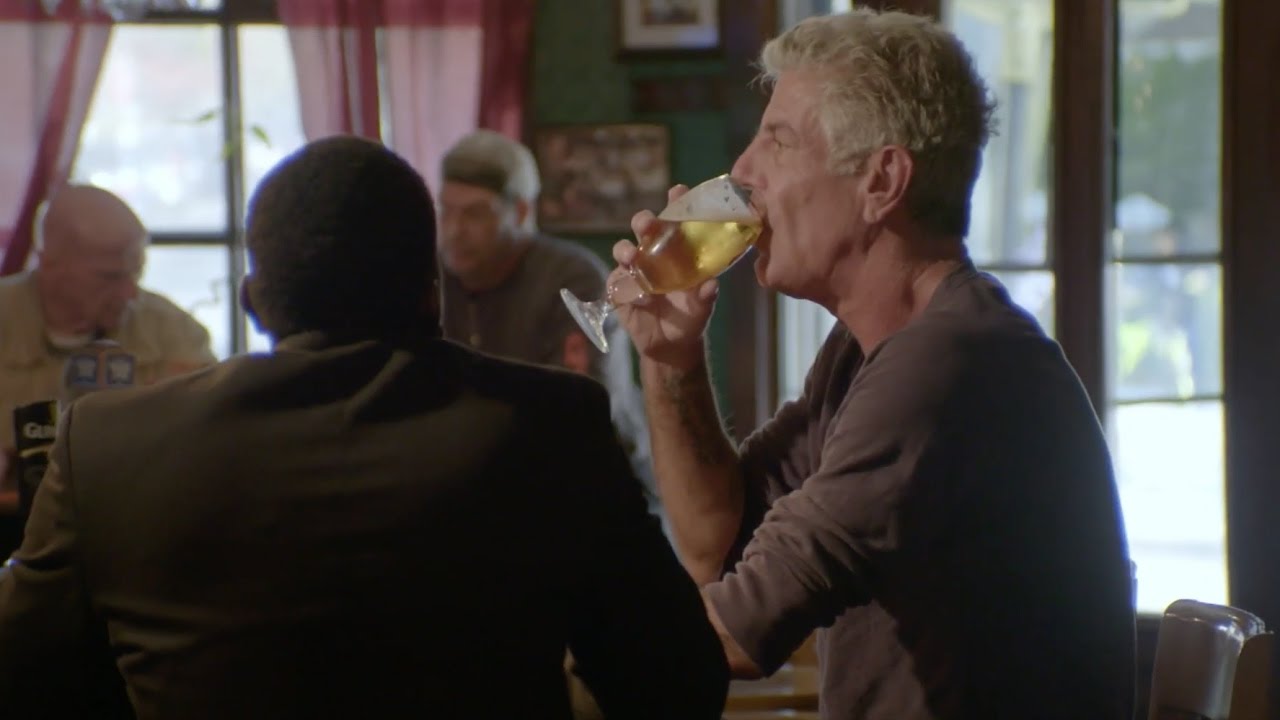 Operating since 1829, Neir’s calls itself “The most famous bar you’ve never heard of.” It was once part of the Union Course Race Track. “Quite a number of famous people have come through: Mae West, Anthony Bourdain, you name it,” Taylor says. It’s also appeared in movies like “Goodfellas.” In the past year, it fed hundreds of local residents, and hosted antibody-testing and cardiovascular-screening events.

This top-rated barbecue restaurant describes itself as the oldest Black-owned restaurant in the rapidly gentrifying Grant Park area. The meat is cooked by hand in a hickory and oak-fired pit. “It’s frequently called the best barbecue in Atlanta,” Taylor says. “It really has good food, and a good feel to it.”

In 1972, two sisters opened a café in Little Tokyo, becoming the first women to own a business in the area. Today, it’s the oldest restaurant in the neighborhood, still offering Japanese comfort food from a bilingual Japanese-English menu. “It’s hard now for female entrepreneurs,” Taylor says, “I imagine it was hard then.”

Presidents, entertainers, civil rights leaders and generations of New Orleans residents have all come to Dooky’s, a Creole dining room that some call the nation’s first Black-owned fine-dining restaurant. “It’s quintessential New Orleans,” Taylor says. Founded by Edgar “Dooky” Chase Sr. and wife Emily in 1941, it was later taken over by his son’s wife Leah, who came to be revered as the  queen of Creole cuisine. Though it closed to rebuild after Hurricane Katrina, it reopened and retained its reputation as the home of Creole cuisine.

This Motor City spot calls itself the world’s oldest jazz club, and it’s easy to be impressed by some of the names who’ve played there,  including Miles Davis, Dave Brubeck, John Coltrane,Nat King Cole, Billie Holiday and Ella Fitzgerald. Founded in 1934, a neighborhood grew up around the institution, Taylor says. “It provides great music, great food, and an historic experience.”

England to ease testing requirements for vaccinated travelers from US